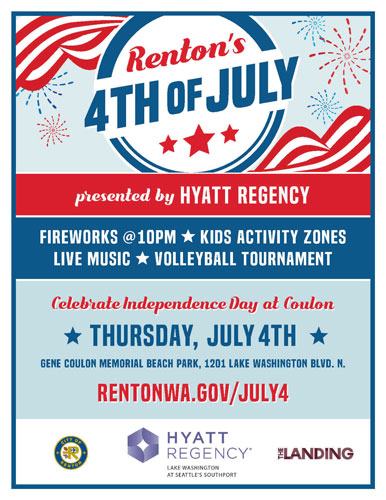 The sale and use of fireworks is prohibited within Renton city limits. The ban has been in effect since 2005.

The discharge of consumer fireworks is permitted in some neighboring jurisdictions, such as unincorporated King County, including Skyway and Fairwood, but fireworks of all types are banned within Renton city limits. The city is using various means to remind residents of the ban.

The ban was passed by voters in 2005 (R4-5-070(c)97) and is designed to protect both citizens and their property from damage caused by fireworks. Since its inception, there has been a significant reduction in the number of injuries and property damage.

Renton Police Department and Renton Regional Fire Authority will patrol specific geographic areas looking for violations and will confiscate all types of fireworks. Citations will also be issued. Violators are subject to both civil and criminal penalties, including a $205 fine for the first offense, $410 fine for the second, and $615 fine for the third. Additionally, the sale, possession, or use of explosive devices such as M-80s, M-100s, and homemade or modified fireworks is a felony offense. Violators will face criminal charges.

In 2017 there were 345 fireworks-related incidents reported, including 83 fires, and 262 injuries, in Washington State.

A public fireworks display will cap off Renton’s 4th of July Celebration, presented by The Hyatt Regency Lake Washington. The festivities at Gene Coulon Memorial Beach Park will start at 9 a.m. and conclude with the fireworks show at 10 p.m. Entertainment, food, competitions, and activities for all ages will be available. The park will open at 7 a.m.