Celebrating Promotions and a Medal of Valor

Our recent Governance Board Meeting Tour took us to Station 14. During the meeting, we had the opportunity to recognize and celebrate five team members who recently earned promotions with a pinning ceremony, as well as provide a team member with a Medal of Valor for their critical, life-saving efforts in the line of duty. 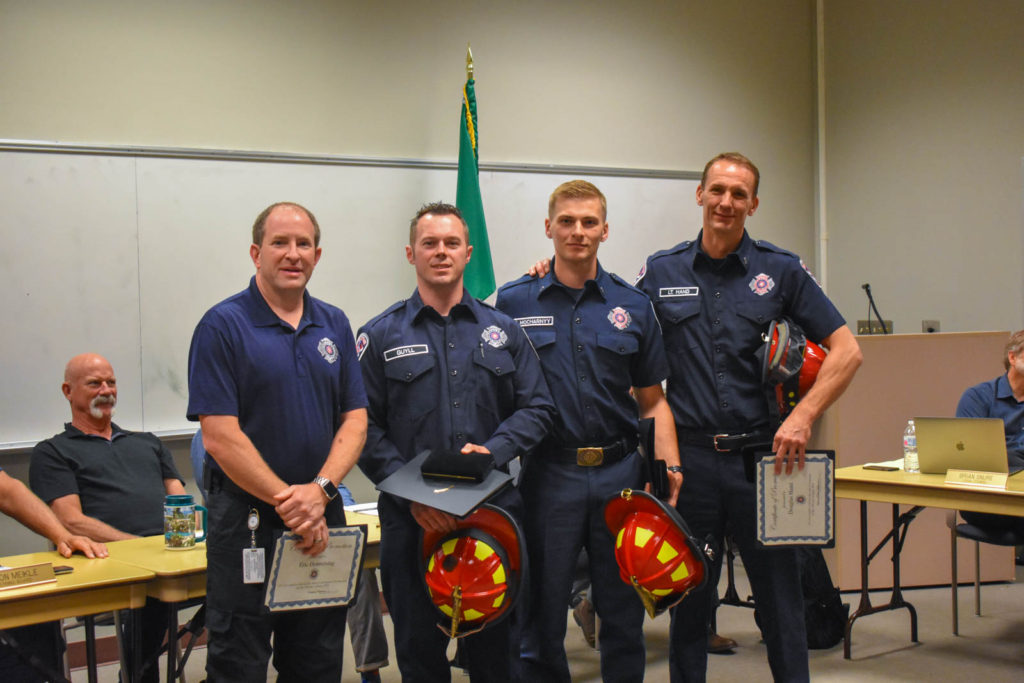 Members who received promotions include (L to R):

It was inspiring to see the number of friends and family who gathered to help celebrate the promotion of their loved one, as well as the number of Renton RFA staff and Local 864 union members in attendance. It was a great representation of the term ‘fire family’. Each member was pinned or awarded by their respective Battalion Chief or Executive Team member in front of the Renton RFA Governance Board, with the exception of Captian Ryan Morgan who was unable to attend the ceremony but was in our thoughts. The entire celebration was filled with kind and encouraging words from all levels of leadership within the organization. 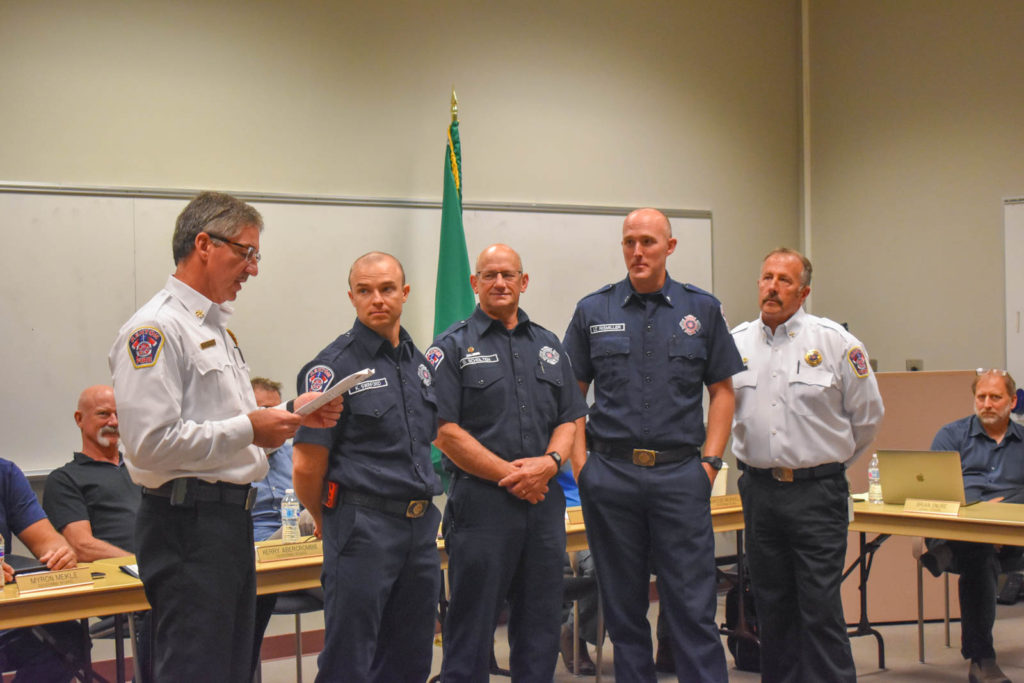 Following the ceremony, Deputy Chief Roy Gunsolus presented Lieutenant Marcus Rismiller with the Medal of Valor for his bravery during a car fire earlier this year. Lt. Rismiller pulled a victim from a burning vehicle during a call in March while other Engine 13 crew members worked to extinguish the blaze. His actions saved the victim’s life. Engine 13’s B Shift also received recognition for their role in the incident.