Happy International Women’s Day! With this month being Women’s History Month and last month being Black History Month, we’re presented with a special opportunity to talk about the first woman historically documented as a firefighter: Molly Williams. 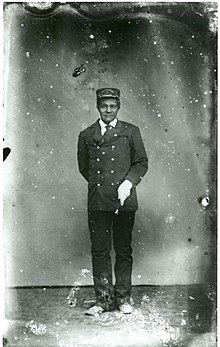 Molly Williams was an African American woman and a slave of New York City merchant, Benjamin Aymar, in the early 1800’s. The stories differ on how Molly came to be a member of the Ocean Engine Company #11 in Manhattan. Many say Aymar – a volunteer firefighter himself – initially brought her into the department to work as a fire cook.

The winter of 1818 was particularly harsh for New York. Influenza raged throughout the community, causing community members to fall ill in droves. Also during this era, fire pumpers existed to help with the delivery of water to a fire scene, but they were completely manual. The apparatus for Ocean Engine Company #11 was no exception. It was a small pumper that had to be manually pulled to the scene by a firefighter to deliver water.

One crisp, winter day a blizzard struck the city while all of the male volunteer firefighters were out sick with the flu. During that time, a fire broke out in the jurisdiction of Ocean Engine Company #11. Molly, who was the only one standing, jumped into action and pulled the pumper by herself through deep snow to respond to the emergency. She was hailed for her toughness and strength, earning her the nickname of “Volunteer No. 11” within the company.

Molly is the earliest, documented instance of a woman in the fire service. She was also one of the earliest documented instances of an African American in the fire service. Whether she knew it at the time or not, she was both a pioneer for women and people of color in this industry and continues to serve as an inspiration. The Ocean Engine Company #11 existed decades before FDNY was established in 1865. It would 164 more years before another woman would serve the city as a firefighter.

Renton Regional Fire Authority champions both women and minorities in the fire service. We recognize that diversity is strength and continually work to build a fire department that is reflective of our amazing community. It is why we have participated in the King County Future Women in EMS and Fire Workshop for years, and are extremely excited to host the next King County Fire Department Diversity, Equity, and Inclusion (DEI) career event in the fall of 2022.

If you’re a woman interested in learning more about joining the fire service, applications are currently being accepted for a spot in this spring’s Future Women in EMS and Fire workshop. This free workshop takes place over a weekend (April 23-24) and helps participants learn more about what a career in emergency medical services and/or the fire service is all about, including many hands-on demonstrations. To apply, visit our website at: https://rentonrfa.com/fwief/. Applications are due by April 2, 2022.