Building a Fire Station – The Process of Creating Station 15 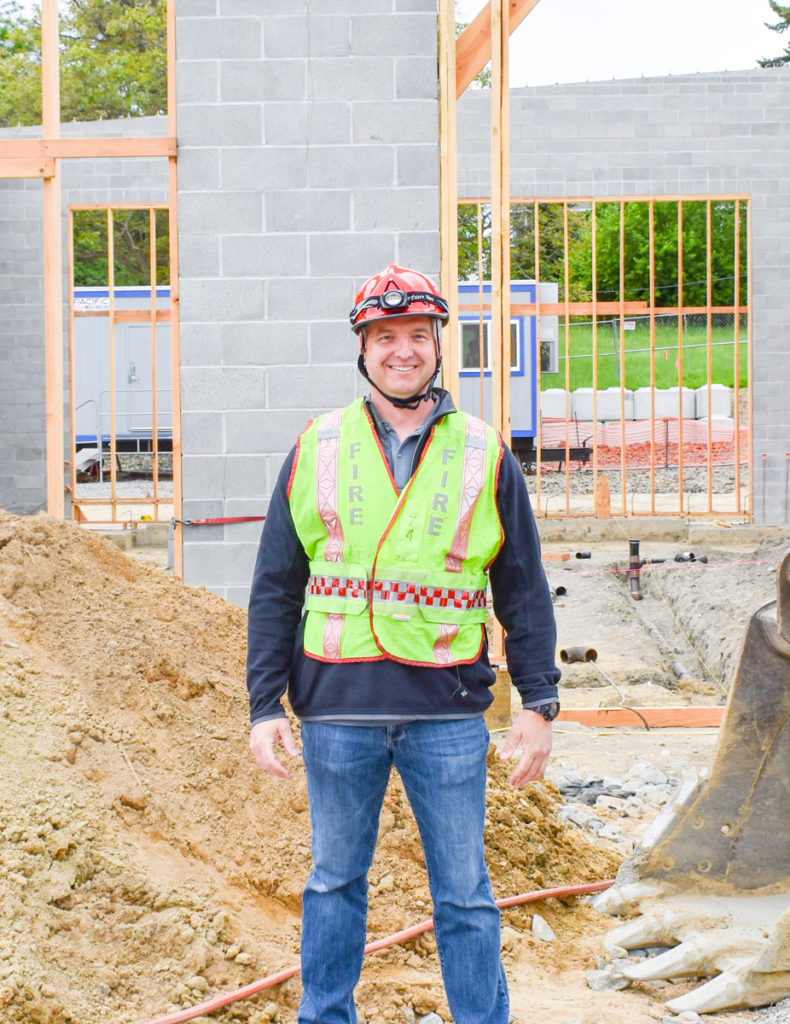 Captain William Aho onsite during the early construction of Station 15.

For over 16 years, Captain Will Aho has served the Renton community as a firefighter. He was an instrumental part of the creation of Renton RFA, helping with the planning and proposal. Part of that proposal included the commitment to build a new, much-needed fire station in the Kennydale area – a fire station 40 years in the making, first showing up in the City’s capital finance plan in the late 1970’s.

When voters approved the creation of Renton RFA in 2016, they made it possible to bring the construction and staffing of Station 15 to fruition. Recognizing the rare opportunity to not only add a new station to an existing system, but to build one from scratch, Will volunteered to represent Renton RFA as we work with the City of Renton on the project. The city brought on experienced Project Manager, Robert Ebert, to oversee the entirety of the project. With Robert overseeing the details of the project and Will ensuring it fulfills the needs of the community by satisfying the needs of the RFA, the early planning stages began right away.

The original idea was for the station to be modeled after an existing station, but after reviewing the plans and discussing the possibilities, Will and Robert, along with input from participants from both organizations, made unique design modifications to pack as much functionality as possible into the space. Will participated in the hiring panel for the architect as well, remaining heavily involved as design plans became blue prints. While the City handled the permitting and the open-bid process for hiring the general contractor, Will has remained focused on the fire-centric aspects of the build. His role includes selection and sourcing of the FF&E (furnishings, fixtures, and equipment), to ensure the station has everything needed to deliver the highest level of fire and life safety services to the greater Kennydale community. 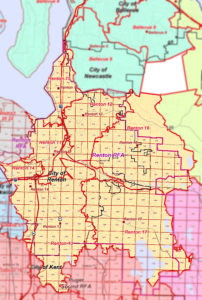 The construction of the new fire station has a ripple effect of benefits that will touch every corner of the Renton community. While those served by Station 15 will receive significantly faster response times, which play a major role in our ability to save lives and minimize devastation, fire stations across our entire jurisdiction will also feel relief. This adjustment allows the surrounding stations, especially Stations 11, 12 and 16, to maintain engines and aid cars within their response areas, providing a higher level of service to members of our community throughout all response areas.

Today, Will meets bi-weekly with the Robert and the contractor to make sure the build is on track for opening in early 2019 and that it meets the standards and expectations of Renton RFA and the community. We are exceptionally grateful for the time Will has taken to represent the needs of our community in this project, as well as for the City for being our partner in this long-awaited endeavor. We are most grateful for the voters of Renton; without your support this project would not have been possible. Your vote of trust and confidence will make a difference in so many lives for decades to come.